Today we took the 309 Bus from near us to the Haymarket Bus stop in the centre of Newcastle. It was very cheap, using an off peak adult return

After a coffee in Starbucks and a new toothbrush at Boots we took the Metro to Wallsend to see the remains of the Roman Fort Segedunum. 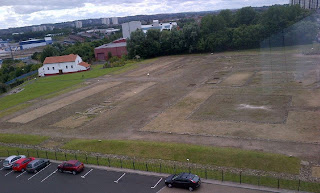 There is a near perfect remains of the fort there, at the end of Hadrian's Wall. Swan Hunters shipyard is just to the left where Cunard liners such as the Maurentania were built.

We then returned by the same Metro and Bus route to home. Here is the Pub we ate at last night: 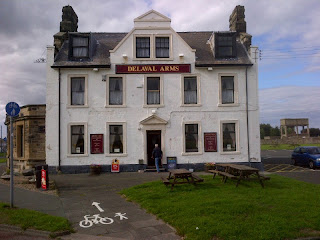 Just as we got back St Mary's Lighthouse was lit up by sunshine. 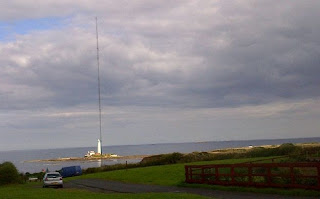 We ate outside, with Helen dining on M&S Cauliflower Cheese cooked in our portable Halogen Oven.

Ours is a 1992 Hymer S700 - LHD with a manual gear box and cruise control.
It has bench seats at the front, and a U Shaped Lounge at the back. In pretty original condition, with some replacements such a newer awning, Teleco TV aerial instead of the original analogue satellite aerial, and refillable LPG gas tanks with a filler in the skirt.